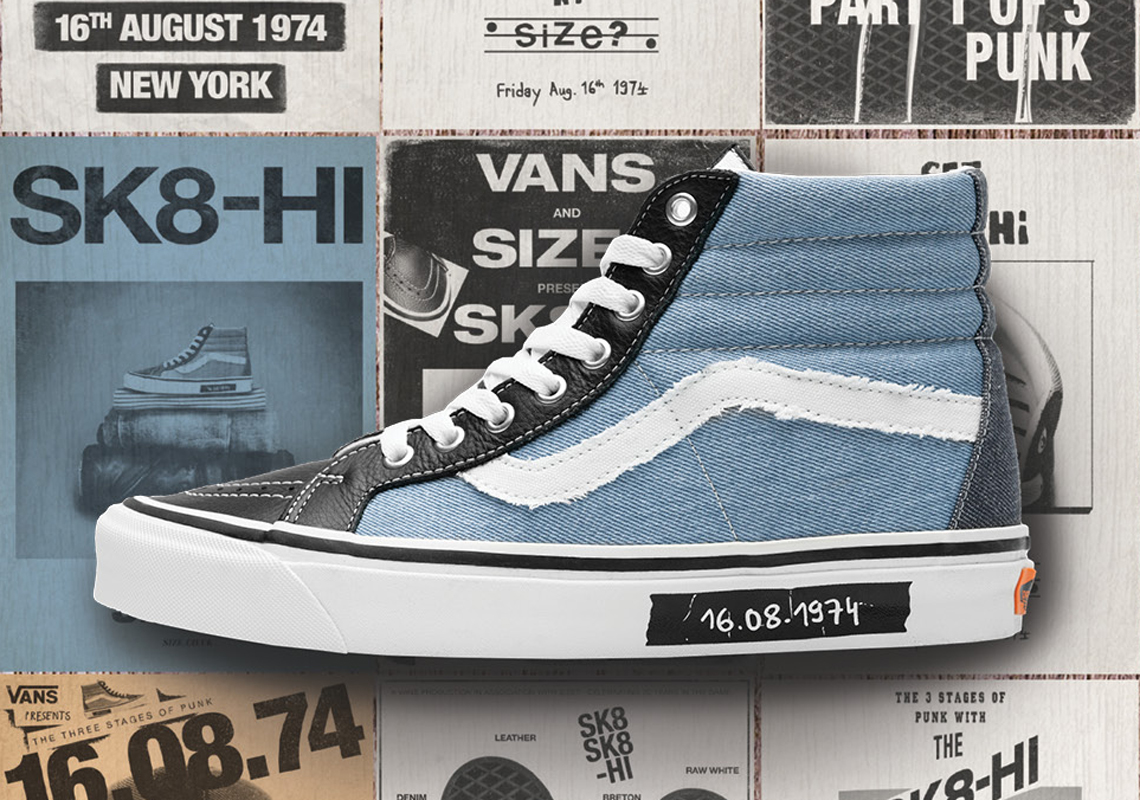 size? And Vans Honor The “Dawn Of Punk” With A Sk8-Hi

According to Nielsen Music’s 2017 year-end report, rock is no longer the biggest music genre in the U.S. And yet, its punk sub-genre’s anti-norm attitude continues to influence culture, music and fashion well-beyond American borders. On the latter note, U.K.-based retailer size? is teaming up with Vans for a three-piece collection honoring the “Dawn Of Punk.” The opening act? A Sk8-Hi dressed in ’70s garb.

Clad in Black and Navy, this collaborative pair falls inline with mainstays of the California-institution, but further inspection indicates otherwise. Leather on the toe box and lace guards mirror punk-favorite jackets, while light and dark denim midfoot and heel panels nod to skinny jeans. Scuffed profile jazz stripes further mimic lived-in clothing popular in punk’s early scene, but the “16.08.1974” date on the midsole reveals this Sk8-Hi as a specific tribute to The Ramones. Elsewhere, striping on the White tongue rounds out this first “Dawn Of Punk” release as it matches the t-shirts worn by the band during their first public gig at New York City’s CBGB.

The punk-inspired Sk8-Hi will be available exclusively on the size? website and select outposts on February 29th for £75. This pair, just as the rest of the “Dawn Of Punk” collection, will be available in both men’s and women’s sizes. For now, enjoy a closer look at the shoes here below.

In other special Vans-related news, the classic Slip-On is honoring Jeff Spicoli’s checkerboard pair from the film Fast Times At Ridgemont High. 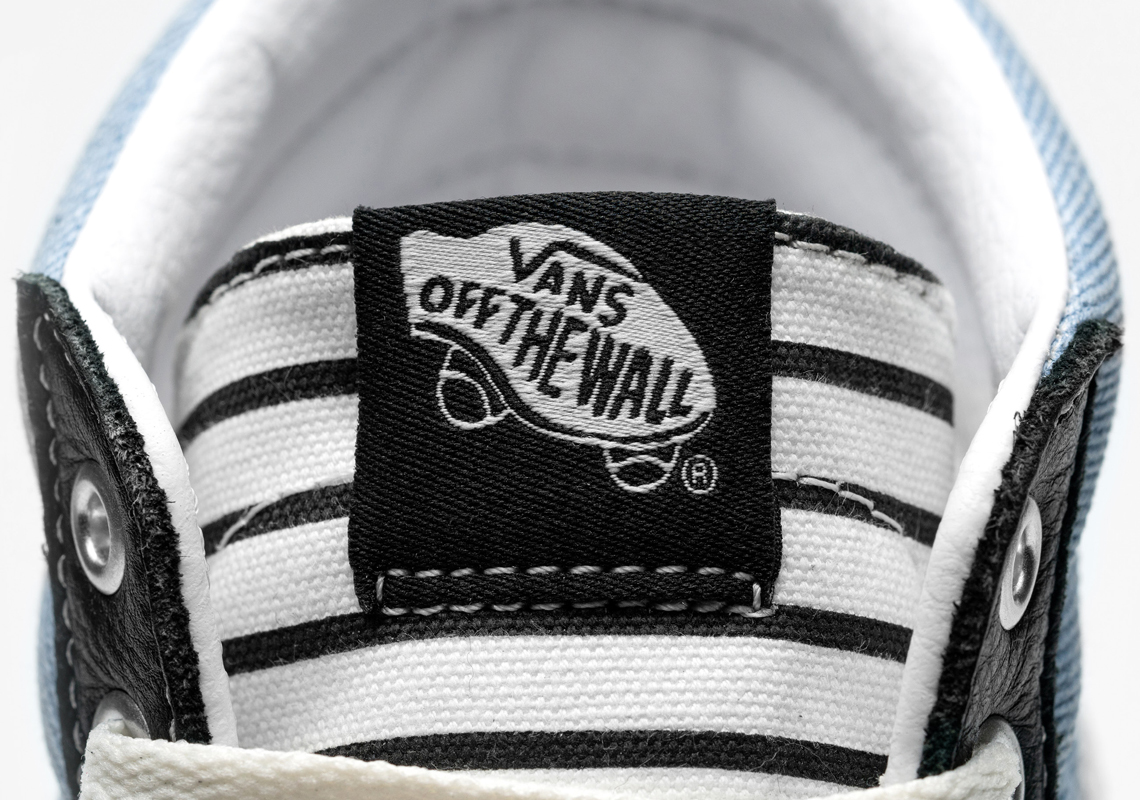 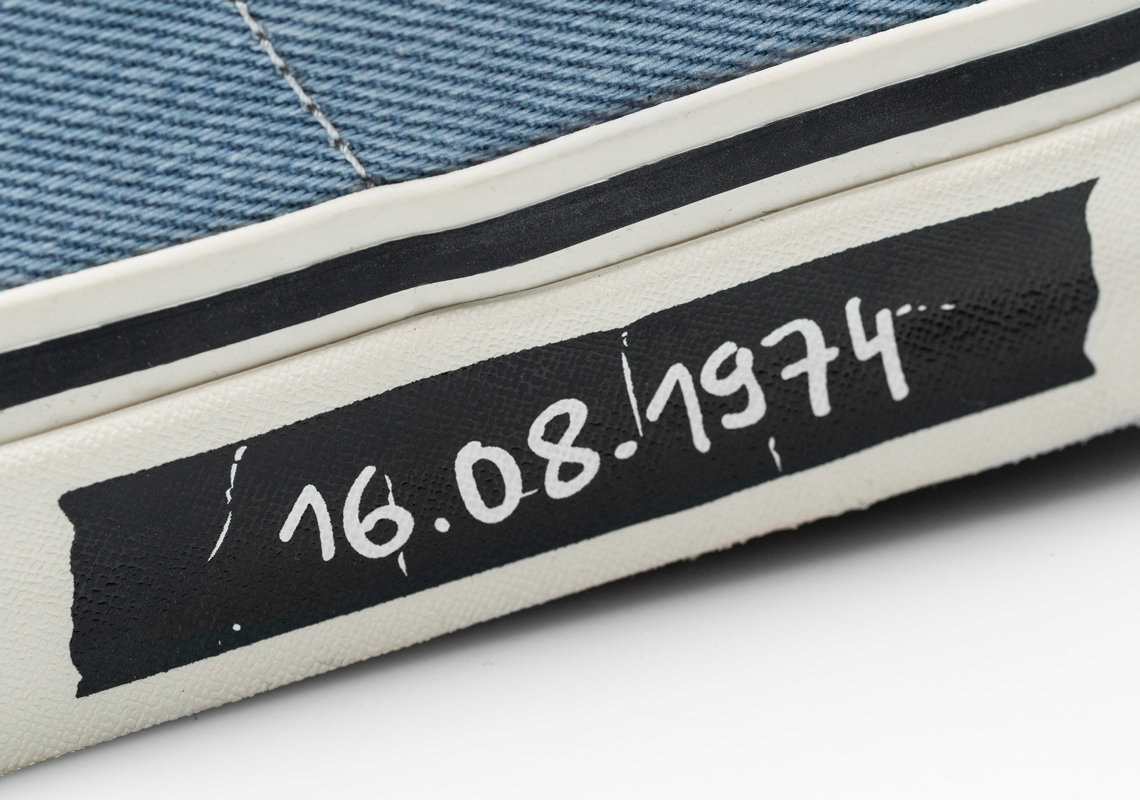 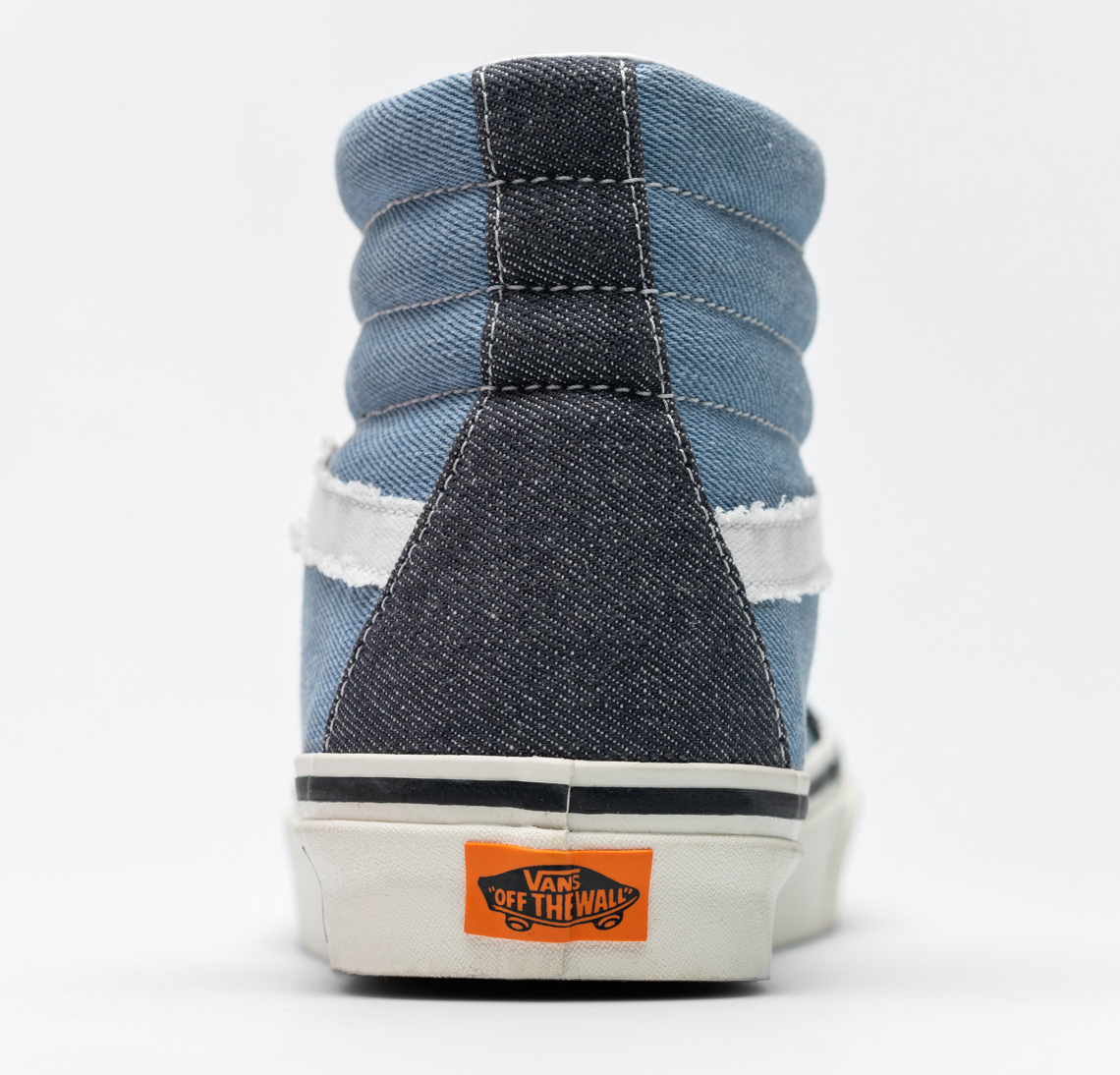 Where To Buy The Air Jordan 13 “Flint”