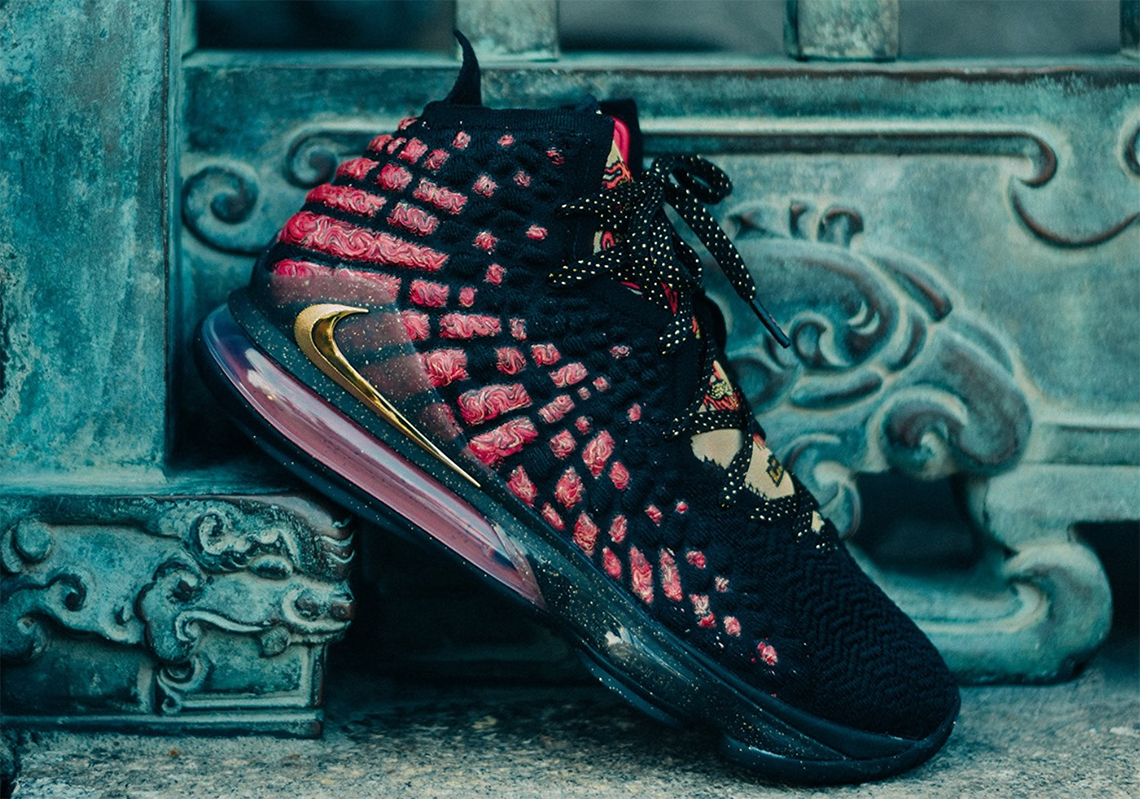 Nike LeBron 17 “Courage” To Launch In China On June 27th

Despite the fact that there’s been no basketball action for a few months now, LeBron James and his Nike family have been making a commendable effort in getting their fans excited about the King’s return to the floor with a consistent stream of sneaker releases. After recently teasing their forthcoming LeBron 17 Low “Agimat” collaboration with Philippines’ very own Titan, James is now traveling several hundred miles north to format his next colorway inspired by Chinese culture.

Significant details arrive by way of its throat which has been beautifully embroidered with the a gold and red dragon — an important symbol of the Asian country representative of good fortune — as well as its tabs that rest along the sock liners which split between Chinese characters stating the words” “Courage” and “Perseverance”. Knitted uppers, which are primarily done up with in stark black, are coupled with its swirly/marbled accents dialed to a peachy red tone, followed by a midsole mold which features speckled detailing and Swooshes that shine with gilded finishes. As of now, these are dropping across China retailers on June 27th, but stay tuned to see if they’ll be receiving a stateside release on Nike.com in the future.

For other news, Champs Colors Dunks are dropping this week. 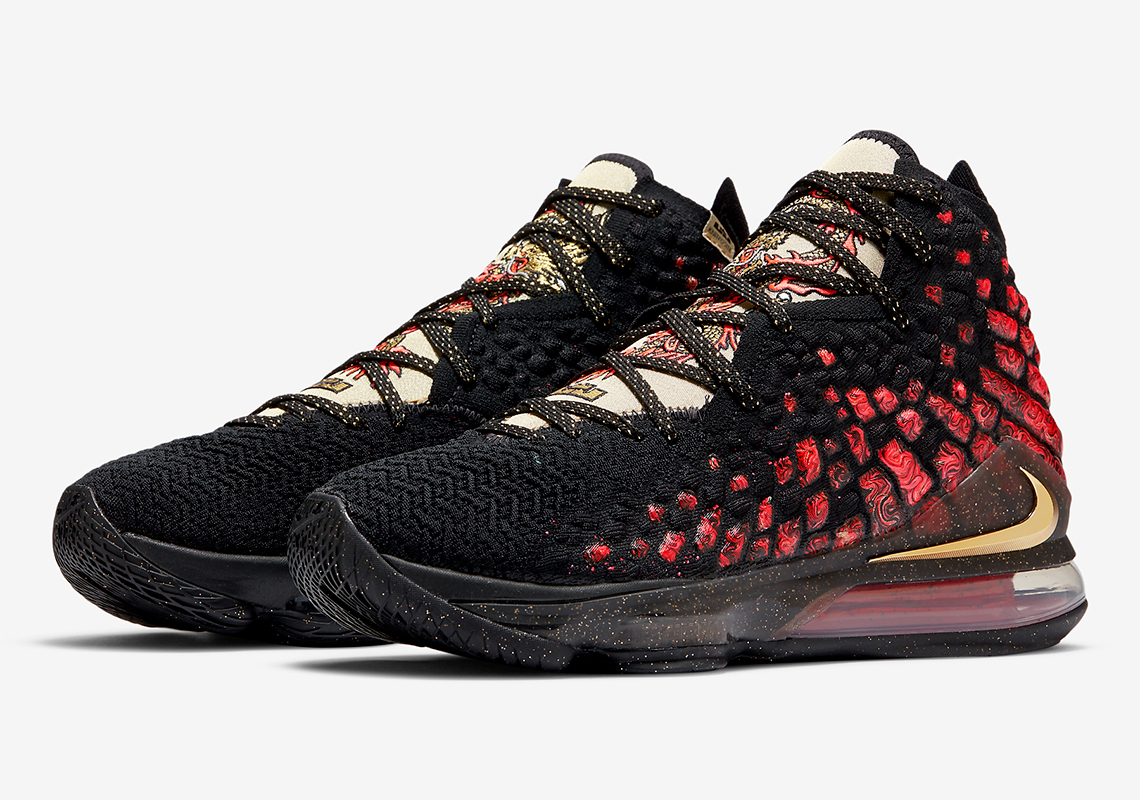 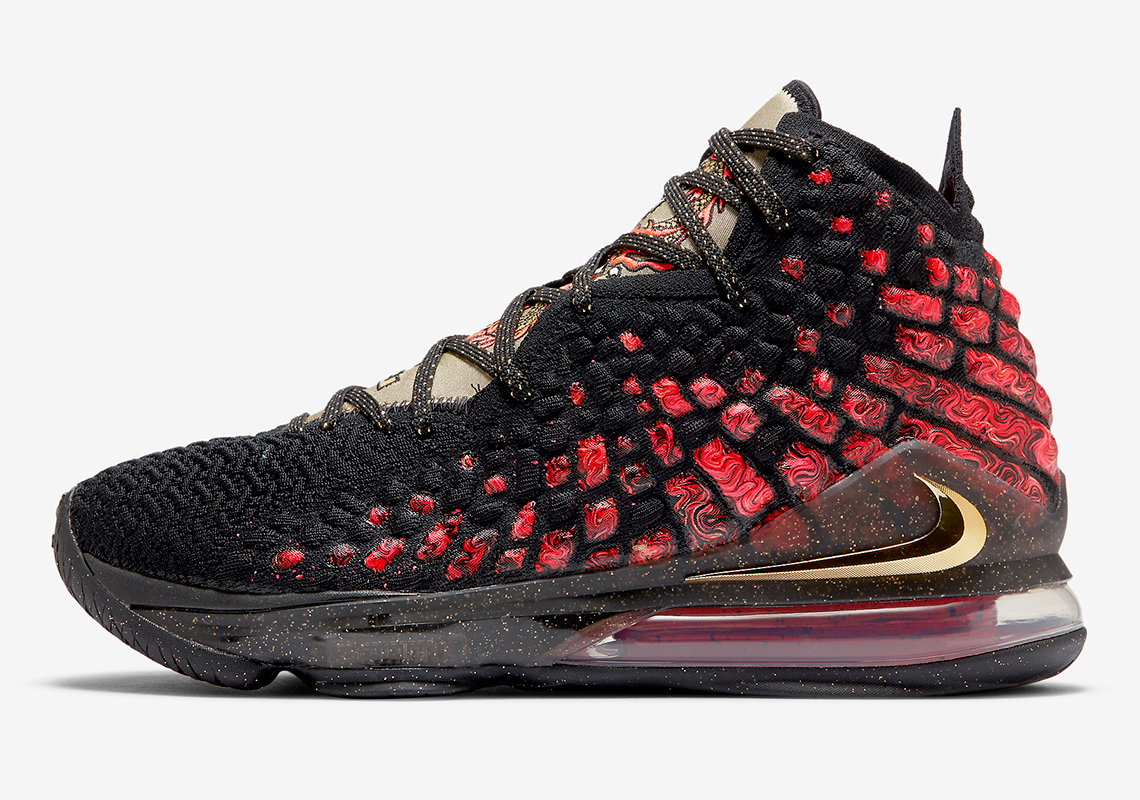 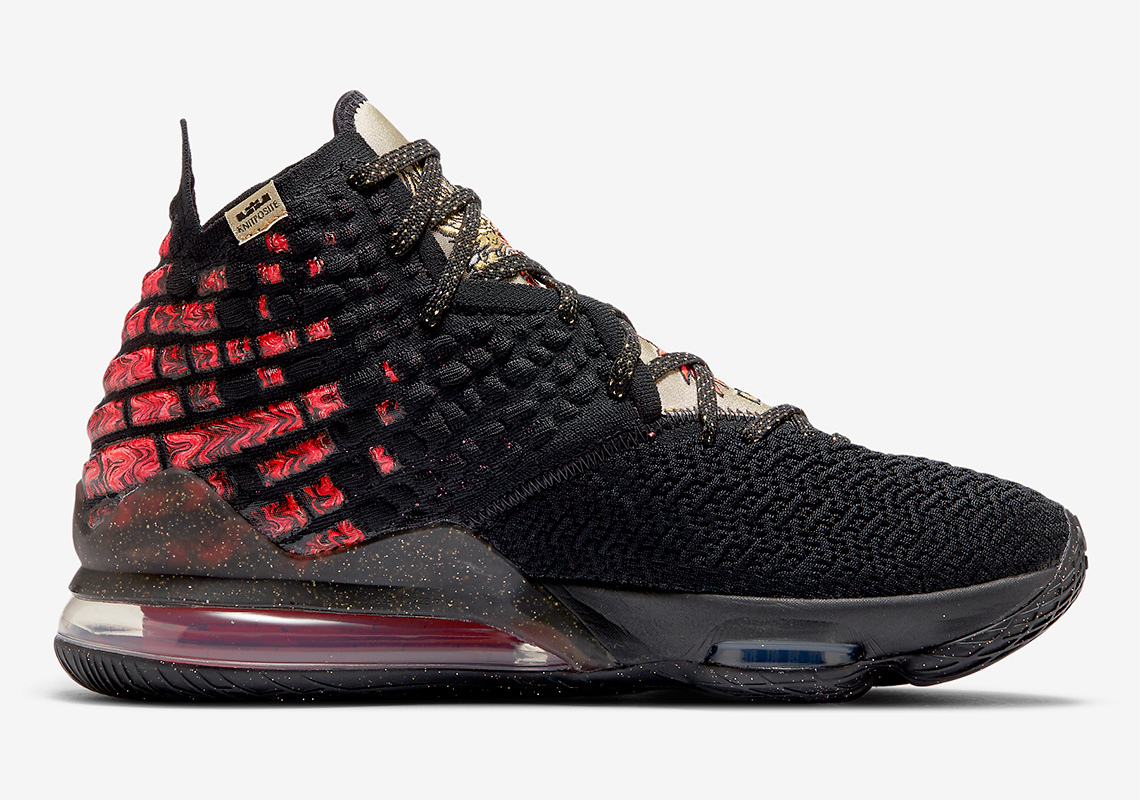 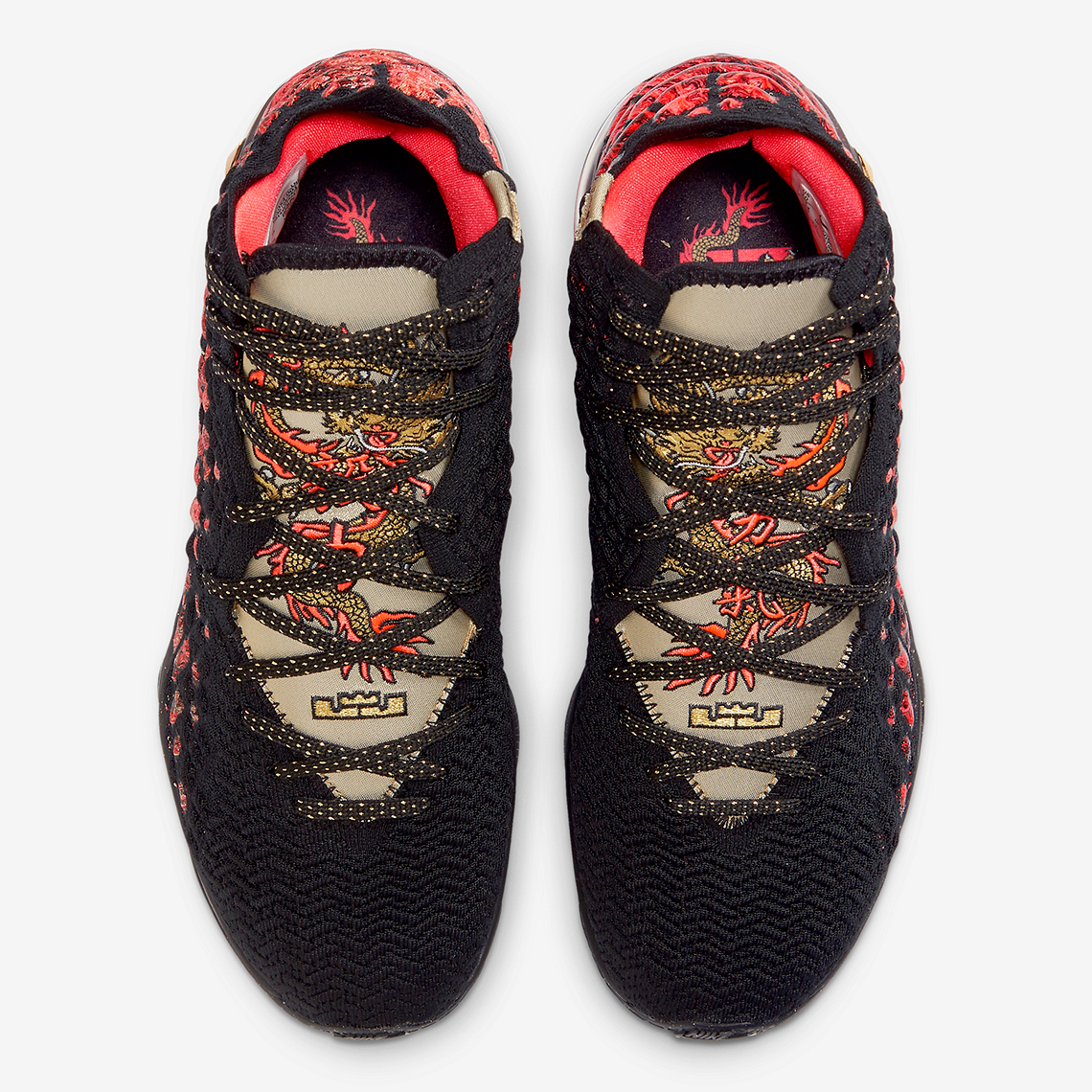 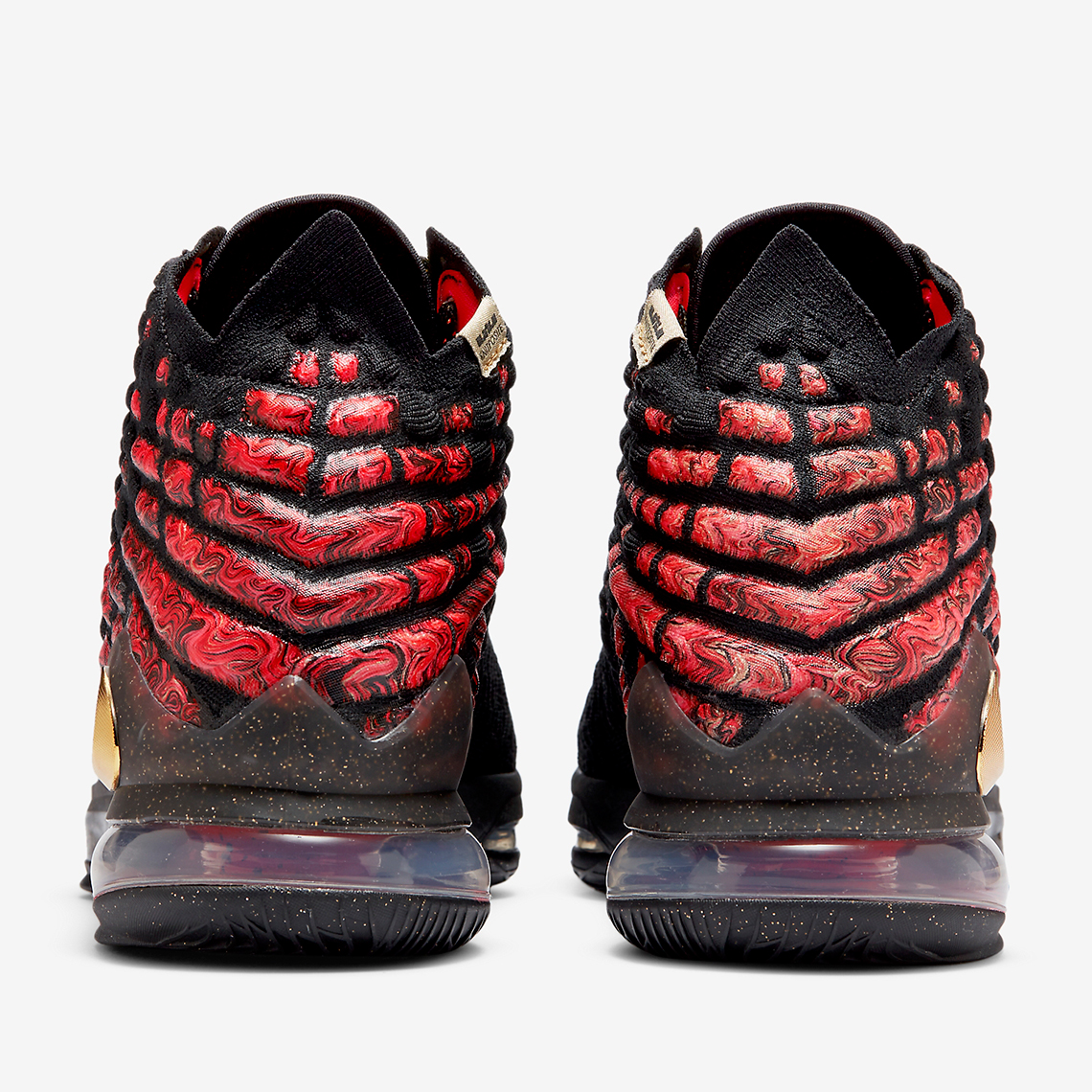 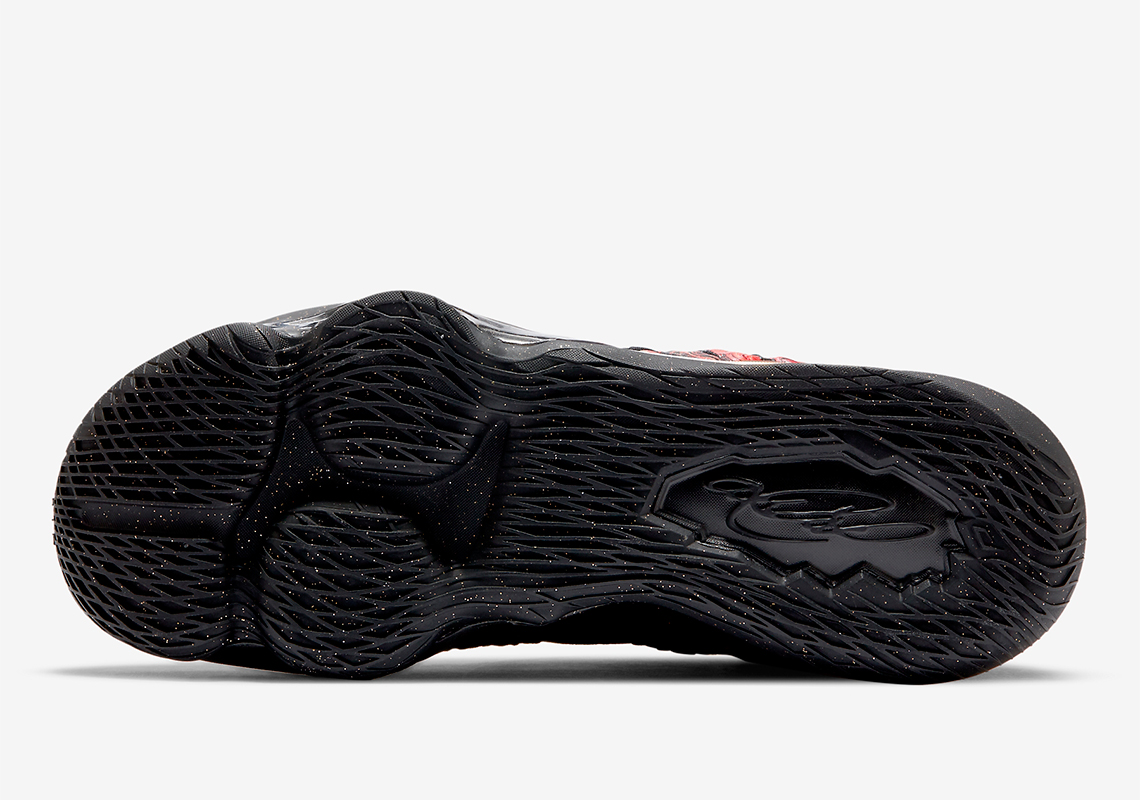 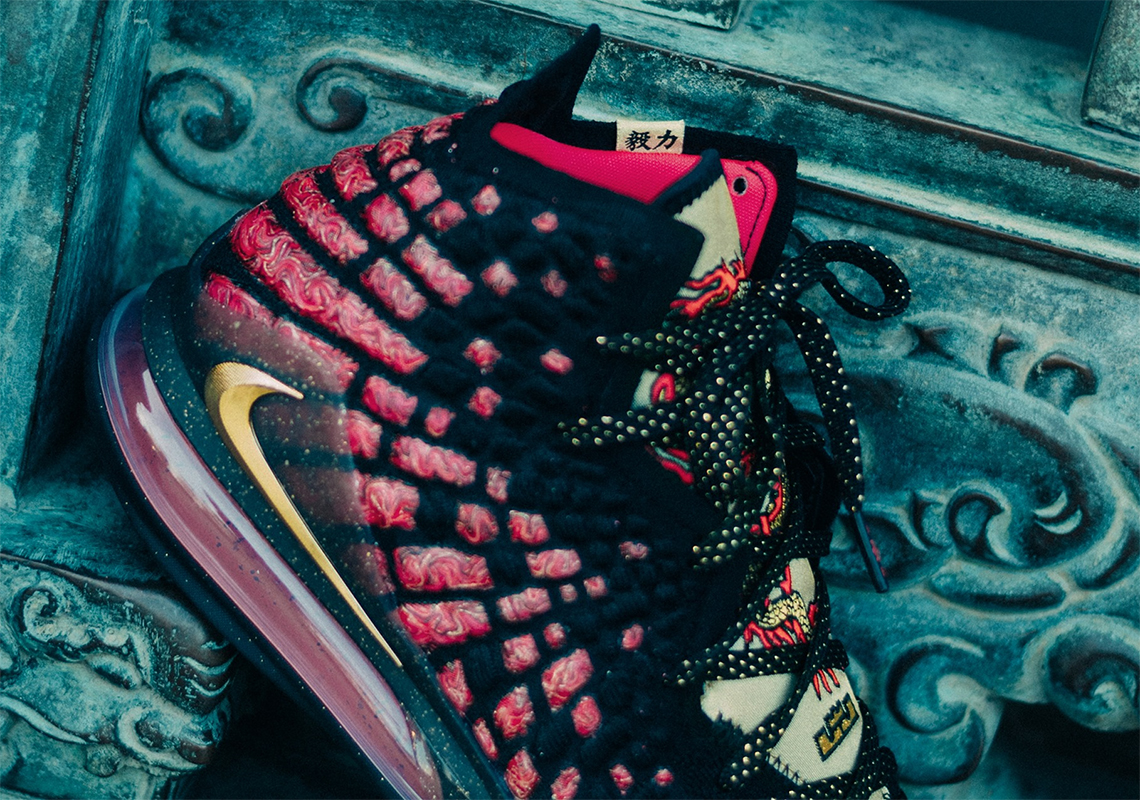 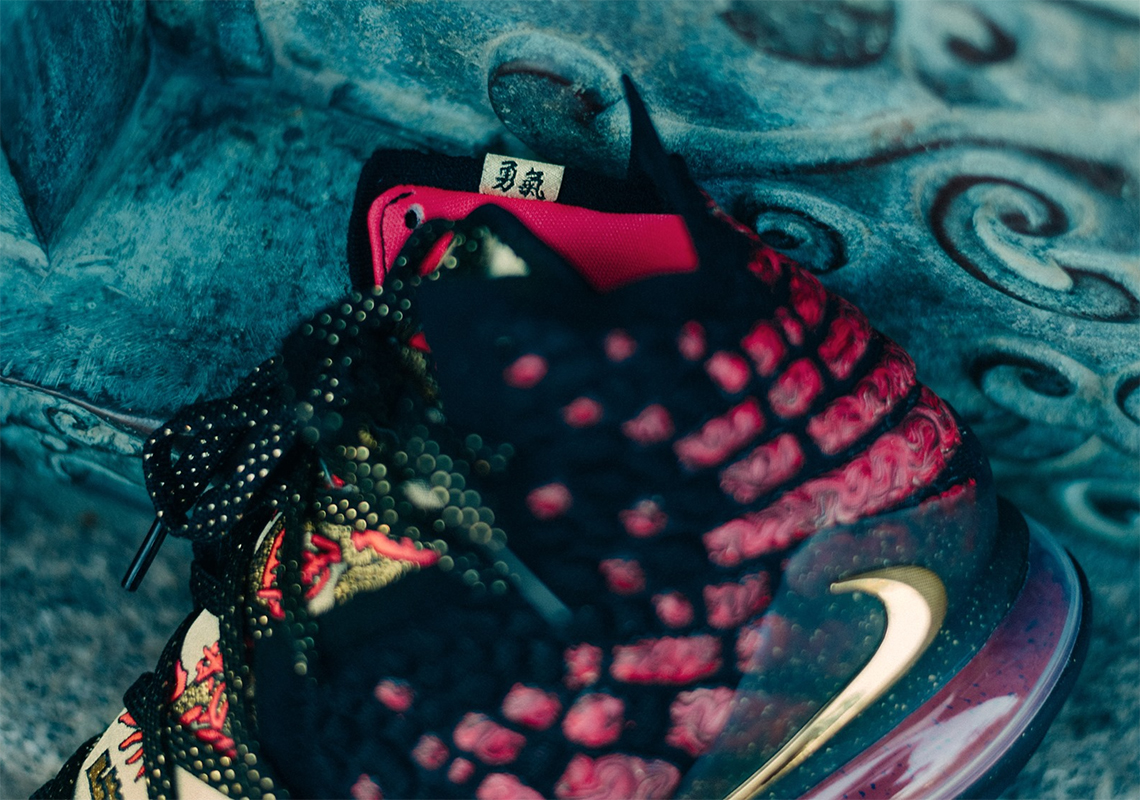 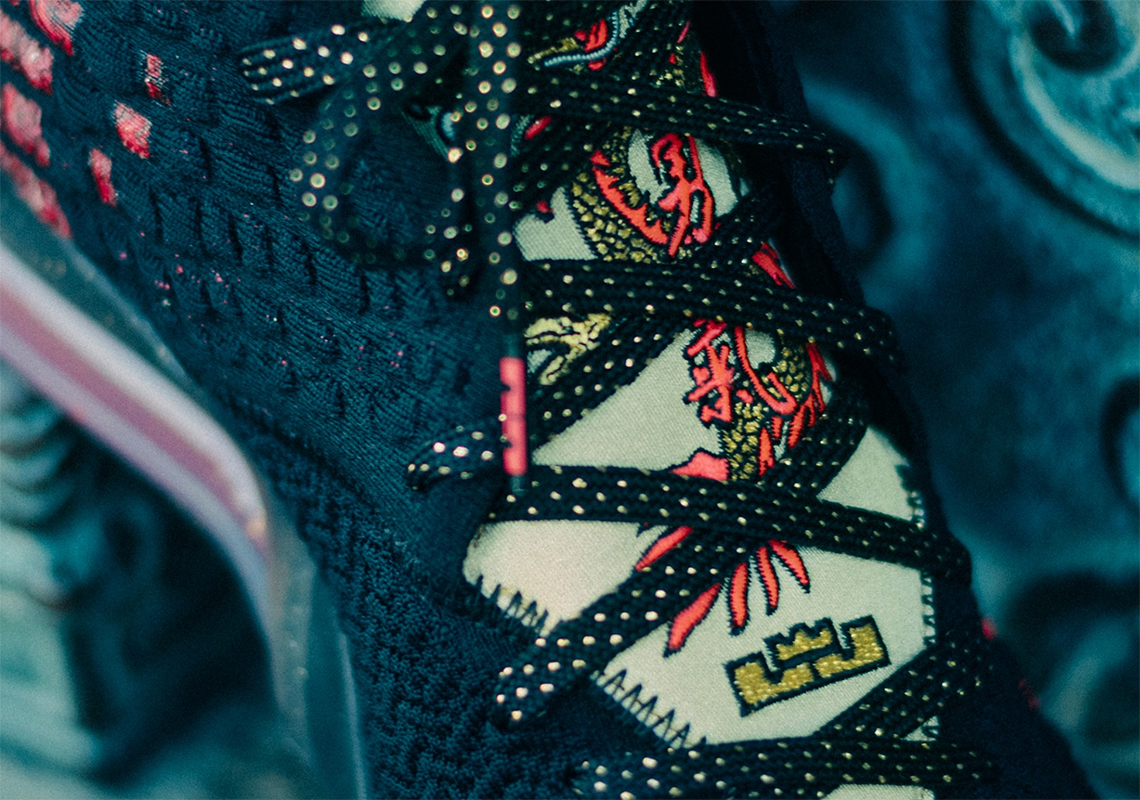 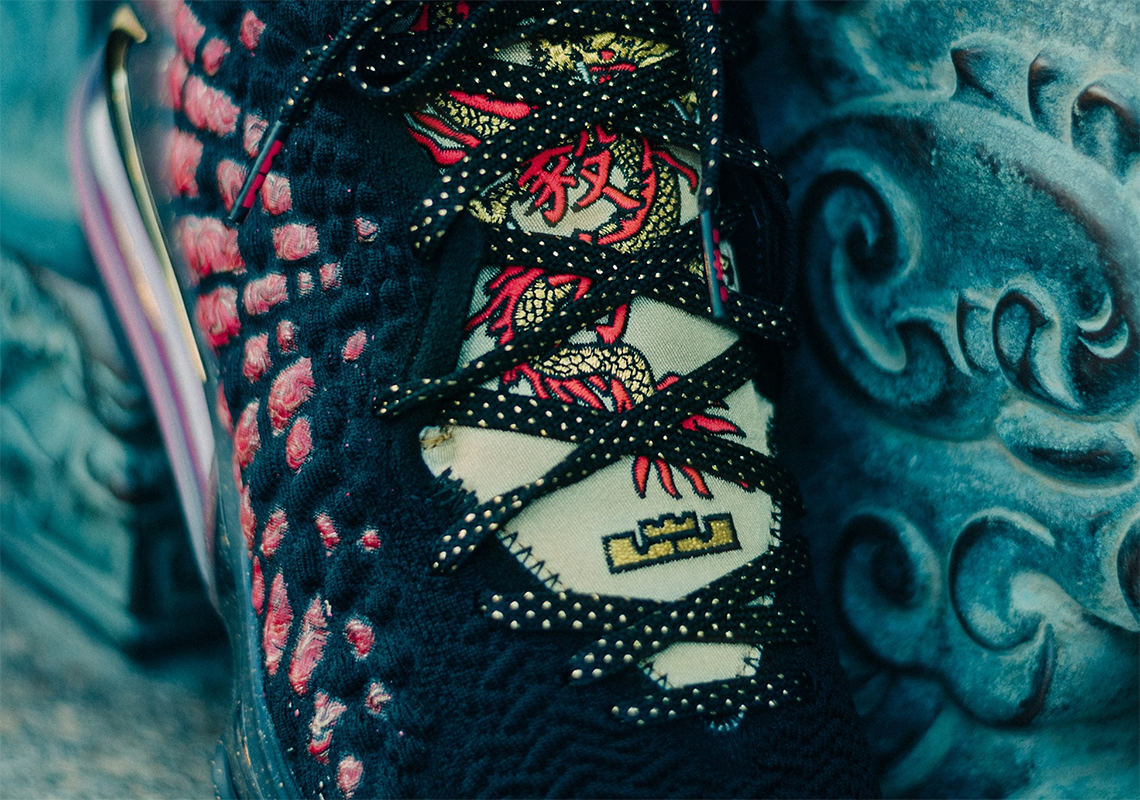