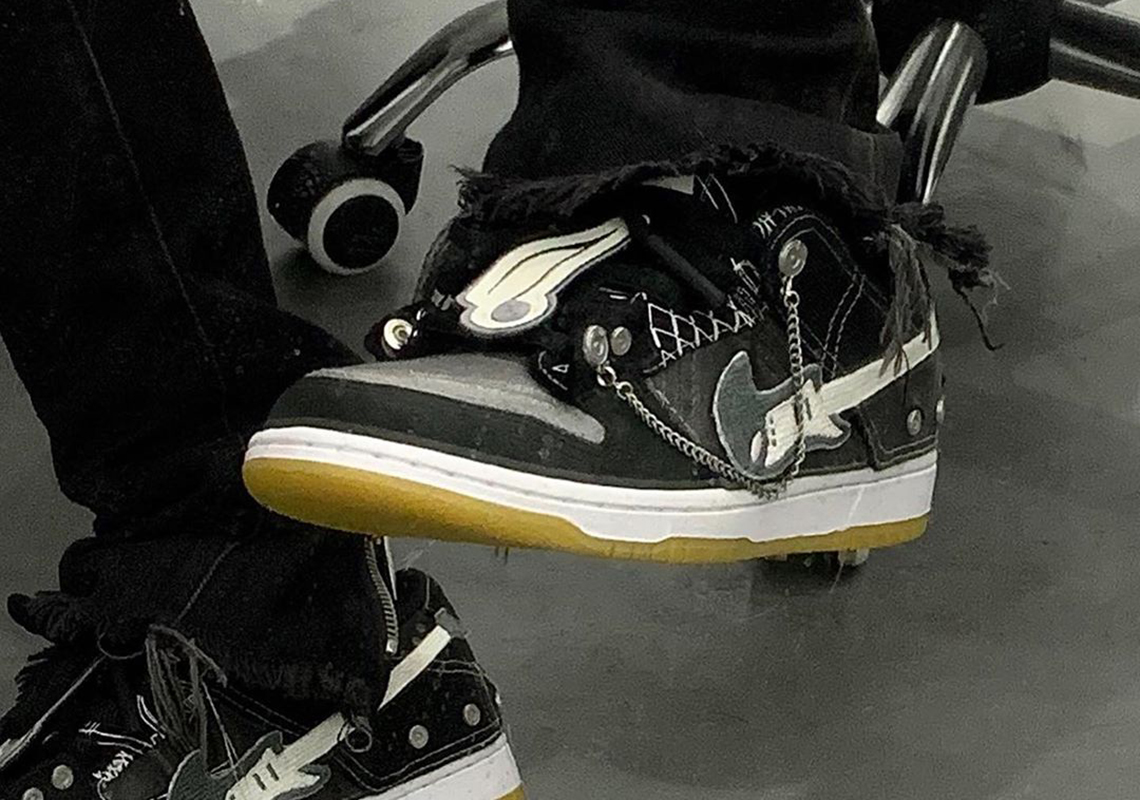 Custom and bootleg sneakers alike have been all the rage the past few years — creators of all sizes crafting their own variations of the Air Jordan 1, Air Force 1, and much more. Yixi Chen, founder of cult label C2H4, is now throwing her hat into the ring as she takes the SB Dunk Low template and applies motifs inspired by her own forthcoming collection.

In typical bespoke fashion, Chen has swapped out the silhouette’s Swoosh for her own design, a rock and roll influenced addition that plays well with the adjacent fixtures. Its cut-out shape, which loosely follows the guidelines of the logo it replaces, bears literal interpretation of the pair’s overarching themes as it takes the form of an iconic electric guitar. Elsewhere, the black fabrication — which bears distressing and contrast stitch at nearly all points — is adorned with various metallic accents of silver chains as well as matching rivets. Then, for louder finish, the tongue is shrouded by a giant musical note applique whose black and grey coloring complements the same-colored gradient found on the toe box and heel counter.

Grab a close-up look at these here, and if you’d like a set for yourself, be sure to tell Yixi Chen at @yixi_q. 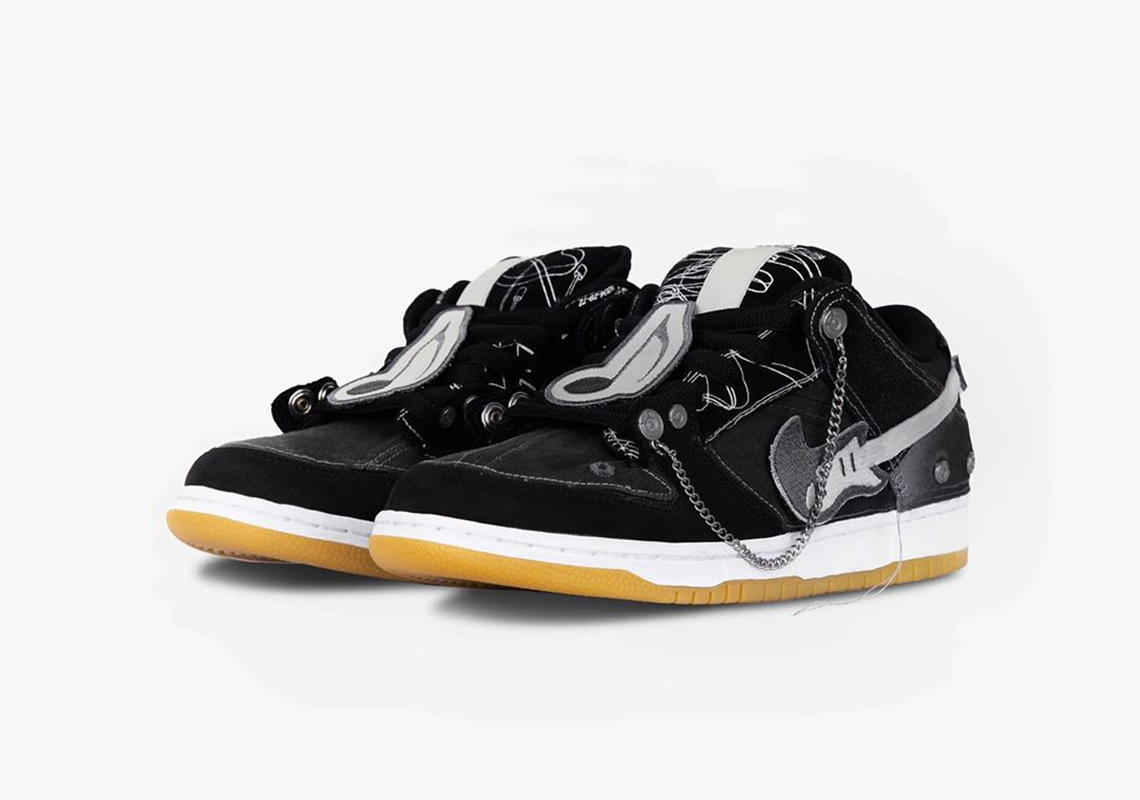 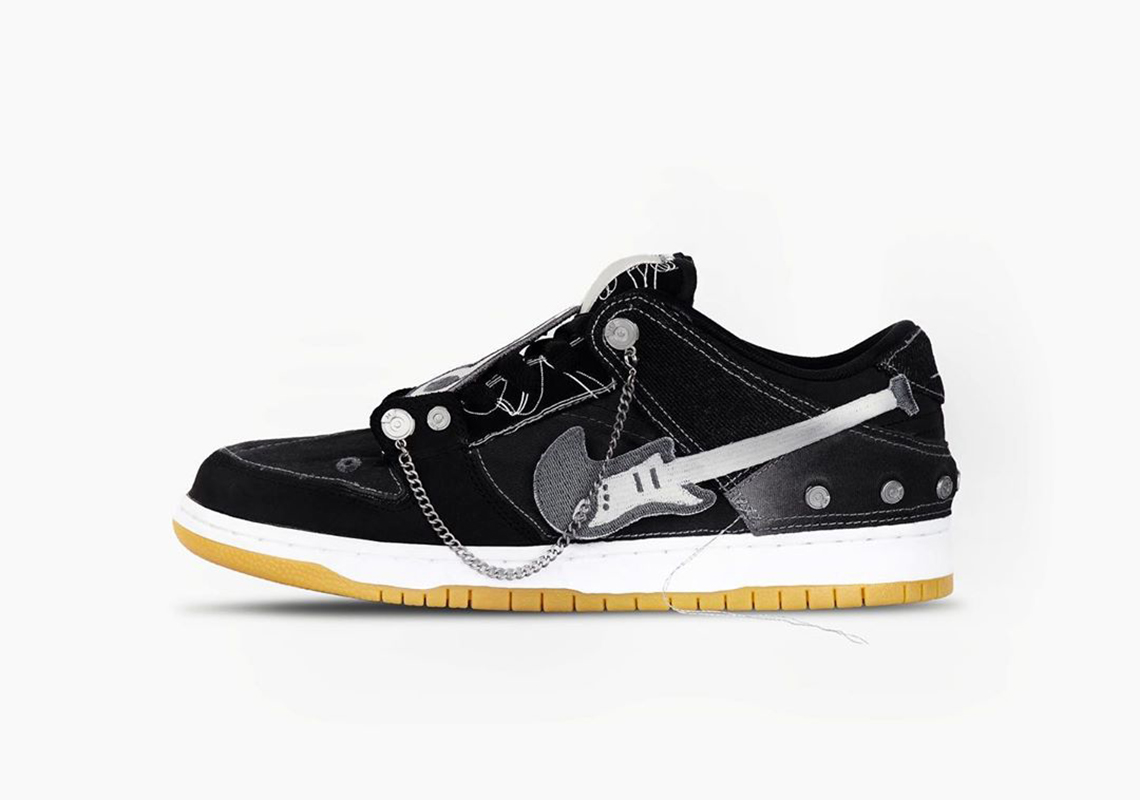 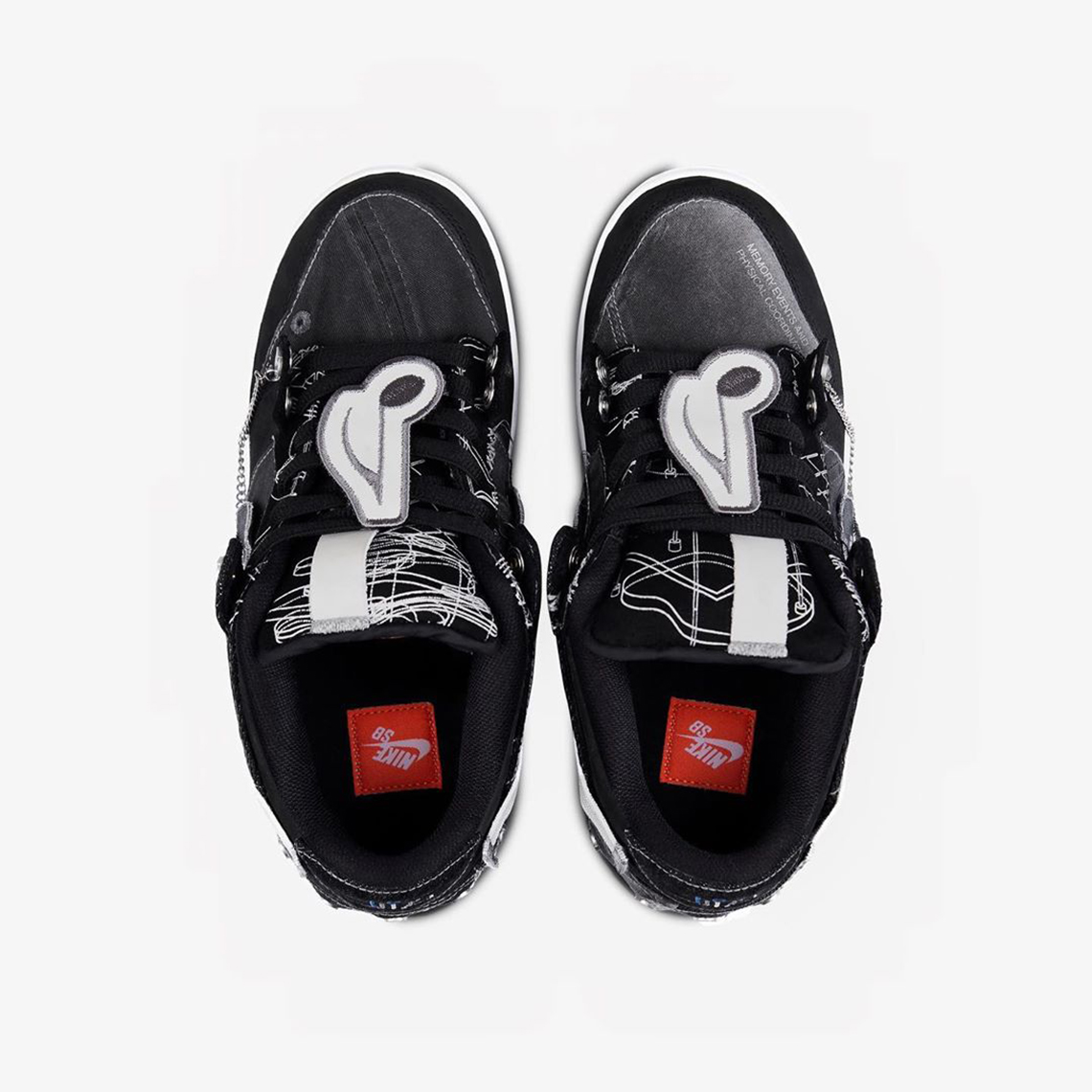 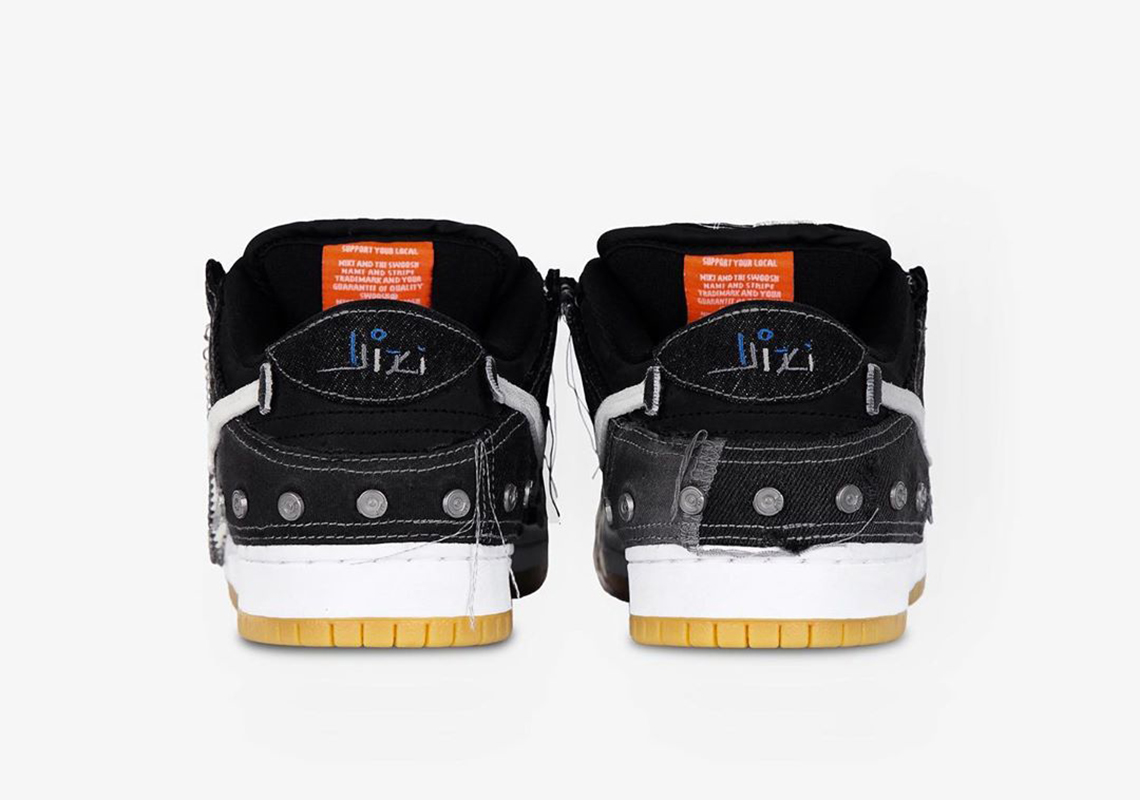 The New Balance R_C 1300 Returns In A "Workwear" Inspired Colorway